This is an edit of my original post on Techvibes about my first failed startup. Thought it was worth reflecting on again, as we near six months after that article posting.

Getting involved with startups requires a healthy amount of delusion. It’s usually why you’re the last person to know that your startup is dying.

That didn’t happen for me. I knew that it was dying, and I (mostly) knew what I did wrong, so when I finally made the phone calls to thank everybody for their involvement, it was with cold sobriety, rather than emotional explosiveness.

It hurt to do it, but it was more of a chronic pain than an acute one. A lot of people will have stories about them slamming a door on an opportunity they had chased for miles and miles, but my story is more about tapping the door closed dutifully, and keeping that thin margin between the door and the wall open—if only for a tiny bit of light.

Every good story has a context to it, and this is mine. I started my first startup, ThoughtBasin, while I was still in university at McGill. I juggled economics courses, a part-time job at a pharmaceutical firm, and trying to jump-start ThoughtBasin at the same time. At the beginning, I had nothing more than a cofounder, a set of ideals, and something that vaguely resembled a good idea.

We wanted to take the work that students put into learning, and see if it had a use outside of the confined context of a class. We wanted to create an online platform where students could contribute easily to various problems, and be rewarded and recognized for doing so. The purest interpretation of our ideals would be that we thought the ideas of students could power societal innovation. In many ways, I still do, but as it turns out to be the case with every dying startup, we simply approached it the wrong way.

How do I begin to define and learn from the “wrong way” so that you can glean some insight while we move along my story? Well, as it turns out, while there were too many individual mistakes to count, let alone learn from, I have grabbed a collection of key lessons with my experience chasing dreams. Let’s begin.

make the leap with code(love)

WHO ARE WE SHARING OUR DREAMS WITH? BE SURE TO KNOW

At the beginning of any startup there is only you, a dream that masquerades as an idea, and if you are fortunate, one or two people with whom to share it with. I shared it with some of my closest friends, and stuck with them to develop it together.

That was my first mistake.

They always tell you to never mix business with pleasure, but it’s astoundingly easy advice to ignore once you’re involved with both business and pleasure.

Who do you choose to found with, if you choose anyone at all? I laughed at how easy it was for me: I founded with a set of close friends that I happened to share the idea with. End of story. That we were all of similar business backgrounds, had little to no technical knowledge, and sometimes had drastically different viewpoints as well as bad tempers to boot would be problems

Make sure you know who you are founding with. My cofounders were and are great people, hard workers, and talented. I like them very much. Unfortunately, that’s not a very good criteria for success.

When we went through the process of building the website, I had to start getting a sense of the code. If there’s one thing I would say, it would be that knowing code is essential. It’s why I started code(love) in the first place.

ThoughtBasin ended up with a new technical cofounder who brought us to the next level. He was the one who largely assembled the online platform with the help of two talented junior coders. We had an office at last where people dedicated days towards building ThoughtBasin. It had taken us a while, but we finally had a clear path to a product.

I started ThoughtBasin with zero technical knowledge, and now I’m not half-bad as a front-end developer, so I believe it’s very achievable to develop those skills if you don’t have them. We wasted so much time trying to start a website without knowing how to go about doing it at ThoughtBasin. It took us two years to get a proper landing page up. Now, I can build one in four hours.

I also believe that it is crucial to make sure everybody is a good fit, not only at the bar, but also in the office. Ideally, you would test a team before you even embark on a startup idea.

Like in any dedicated relationship, you don’t really know who you’re dealing with until you’ve had your first good fight.

BE A STUDENT, NOT A TEACHER

I believe my first real fight with my cofounders, and every subsequent fight after, had a common theme. I was trying to be a teacher rather than being a student each and every time.

The reality with startups is that everybody is on a learning curve. You can have all of the experience in the world, but a startup is all about examining a new path for everyone involved. I waded into every argument with a gung-ho attitude that I had nothing left to learn. That sparked some fights, and continued many. It was an incredibly bad attitude to have. When you’re a student, you can afford to make mistakes, and strive to improve on them. When you’re a teacher, it makes it that much harder to do so without looking like a fool to others. That fundamental difference made all the difference in the world at ThoughtBasin.

I remember an argument over whether or not we should incorporate, and one on whether or not to bring more people onto the team without clear pre-defined roles. In the end, we incorporated, and had a team of fifteen people. They were both bad mistakes on my part, and if I were willing to listen more, and to compromise more like a student should, perhaps we would have ended in the happy middle where we would have had a smaller, more well-defined team, and a company that had sales before we went through incorporation.

Ultimately, after a series of arguments that went nowhere, one of my original cofounders chose to leave for law school, and the other one gradually started working in banking.

ThoughtBasin was a constantly painful learning experience, and I would never consider it over. I look at this article as something I had to write to get some lessons I’ve learned on paper, and I don’t look to teach from these errors. I look to learn.

LOVE YOURSELF, BE DELUDED, AND BUILD GREAT THINGS

The reason why we broke too far was because one of our competitors in the student space was much further along than we thought they were. We had not been watching our competitors carefully, and this was another instance of working hard in our zone, while not working smart outside of it.

Their online platform was much more developed then ours, and so were their partnerships. We realized we would never be realistically able to catch up with them, and so we would be relegated as late-comers to a niche that wasn’t worth fighting over.

While this was the straw that broke the camel’s back, there were plenty of other bumps along the way. All of them struck me hard, because I had not been taking care of myself too well. Every failure of the company became a personal failure of mine. We missed tons of sales opportunities as I struggled to elaborate on why people should work with ThoughtBasin, and I learned how hard it was to maintain a thriving company while suffering personally.

If there was one note I’d strike on this: love yourself. Take a break once in a while. Playing a martyr will get you and your company nowhere.

As a corollary to this, love your community. I cannot help but think of the Montreal startup community as a godsend. The number of people willing to help you, and to take coffees with you as you navigate your path is truly staggering. The startup community, no matter where it is, is in it together to watch everybody succeed, so get help, and pay it forward. If you ever want to meet with me because you think I can help, shoot me an email at [email protected].

You do need a certain level of delusion to think that you and maybe a few other people can band together in a garage and change the world. Even now, I still have that spark, and I am constantly searching for how to exercise it. For now, I’ve settled on working on another good startup idea: Shout, a utility that takes your social media messages directed at a company, and shoots it off to every social media outlet the company owns if they don’t get back to you.

I look at ThoughtBasin as a means to an end, and though the means did not work perfectly, that did not mean it was not a worthy exercise, and that does not mean I can’t find another means to that coveted end.

So be deluded. Be silly. Think that you can build great things, because you can, even if it takes a few setbacks to get there. 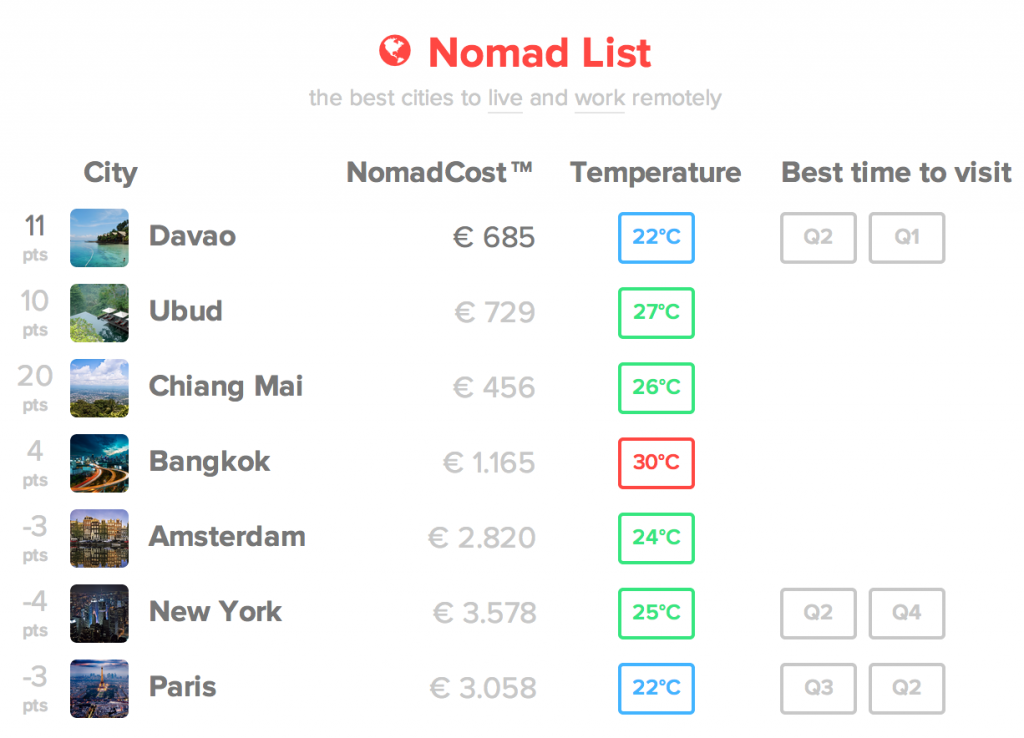 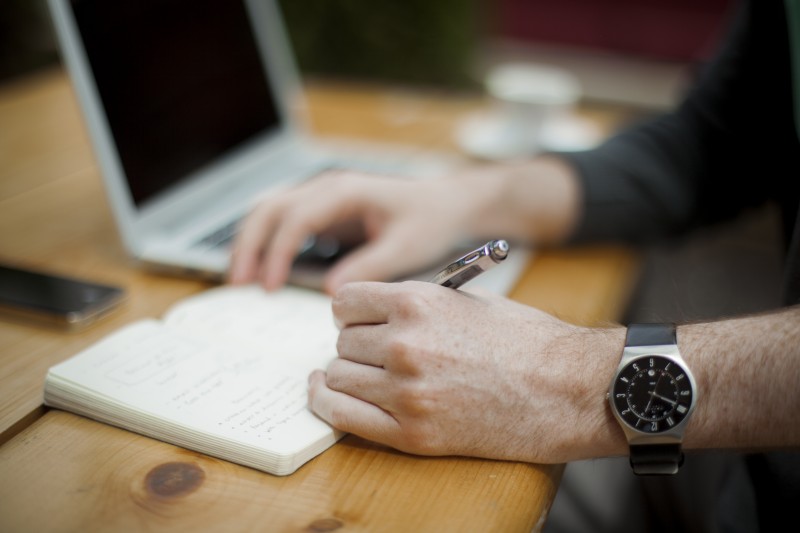 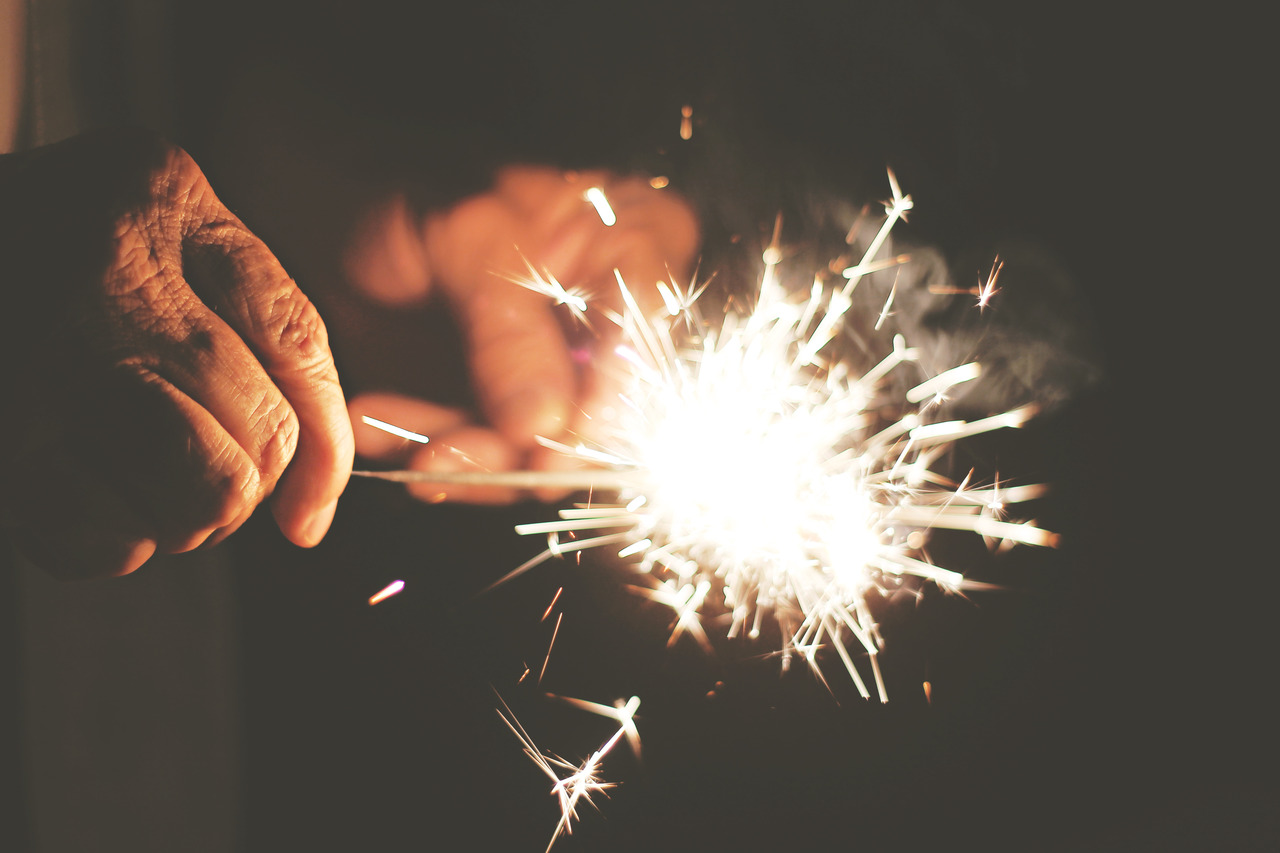 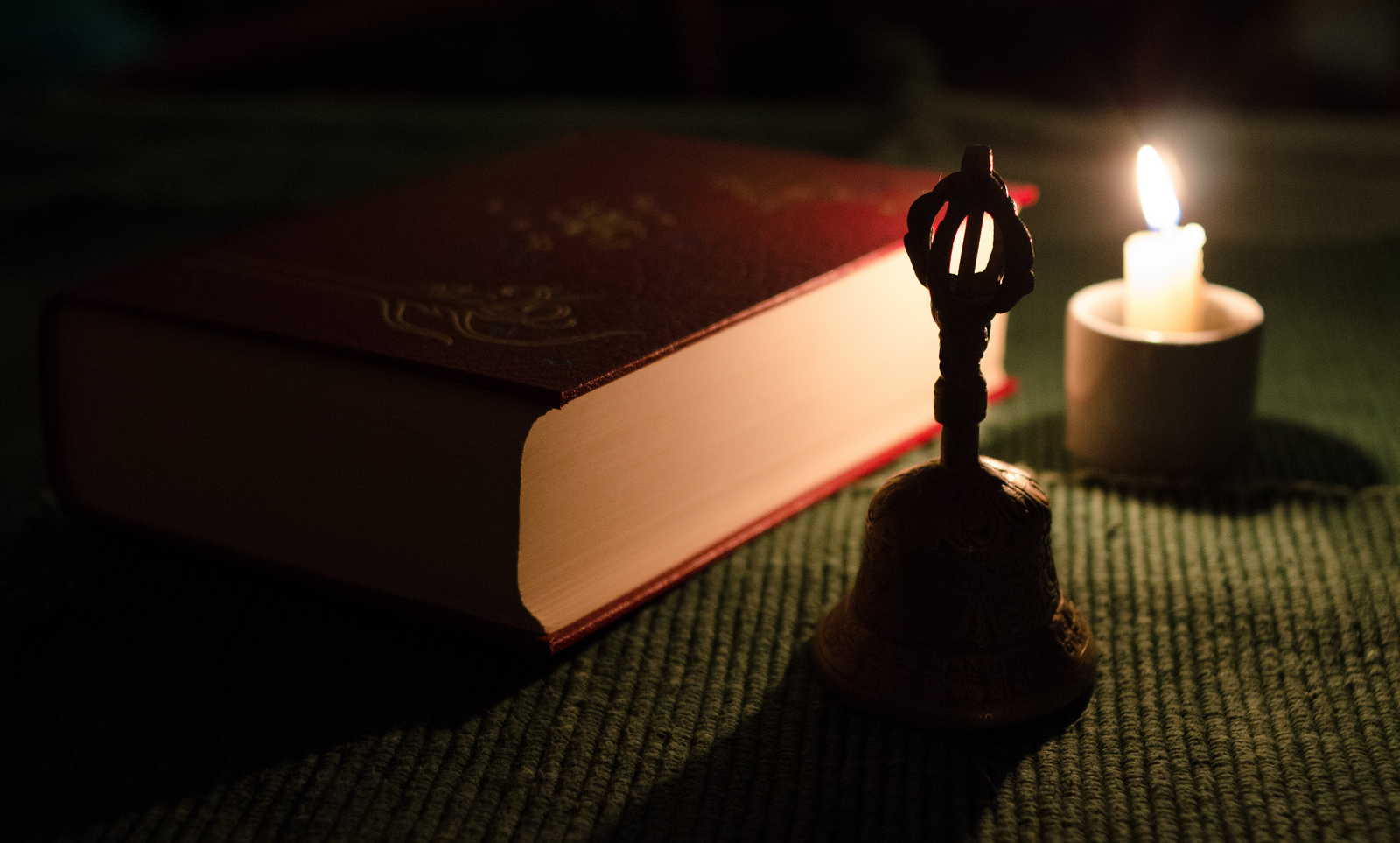 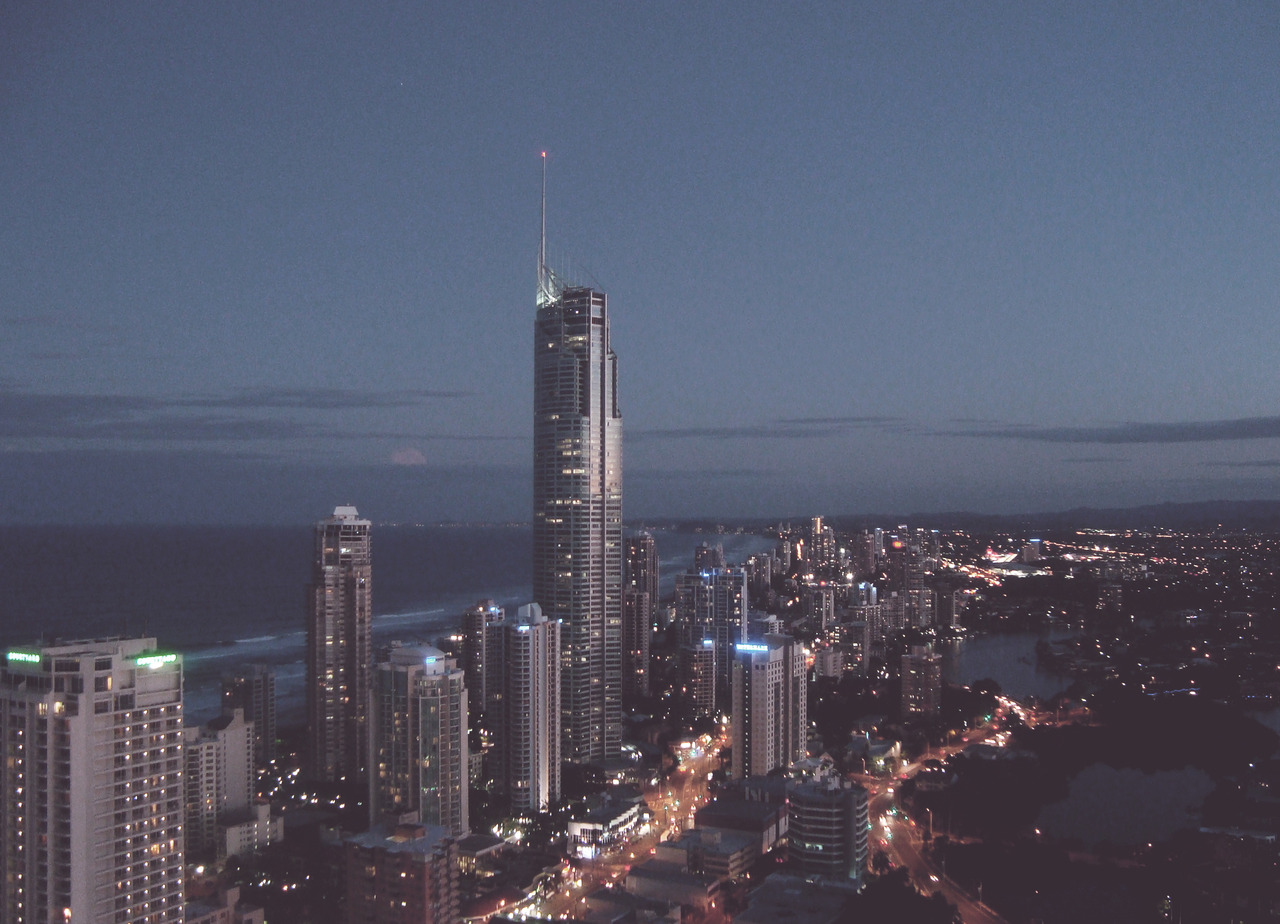